How To Write Outstanding Resume Achievements 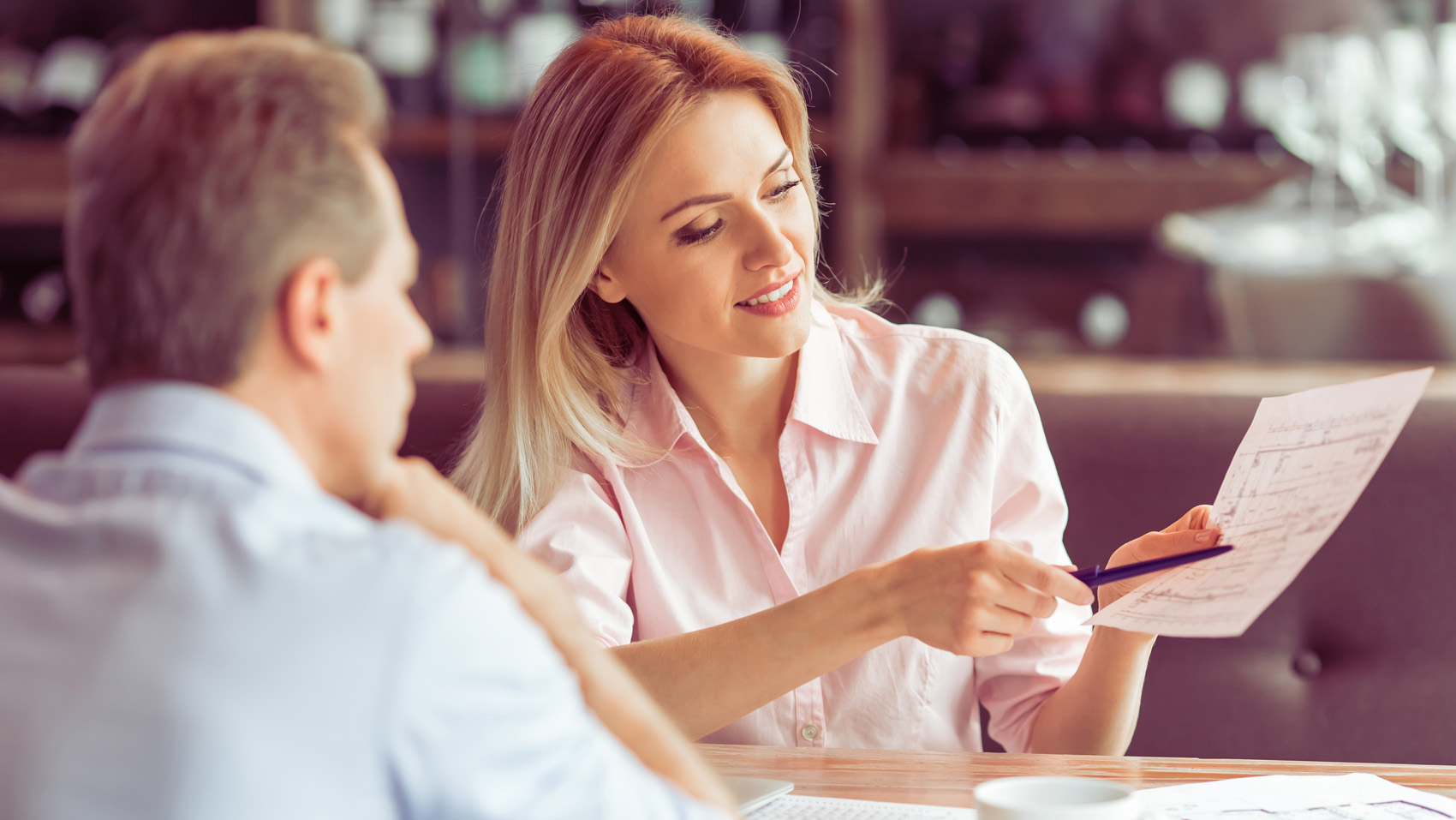 How To Write Outstanding Resume Achievements

Not all resumes are created equal.

It’s a well-known fact that out of 10 resumes that land on recruiters’ desks, about 7 get tossed in the bin immediately.

What is it, then, makes the remaining three resumes worthy of a second look?

You may be surprised to find out that it’s an entirely different factor altogether.

Resumes that grab the attention of recruiters have one thing in common: they contain well-articulated, strong achievements that clearly showcase a candidate’s value.

Unfortunately, most resumes fall quite short of this mark. If you’re like most people, your resume probably contains either a list of dull, poorly written achievements or a list of duties and responsibilities instead.

In other words, it’s a generic listicle of what you’ve done, rather than a demonstration of value that you’ve provided.

Typically, achievements are things that you’ve initiated, built, executed or reached. These are quite different from responsibilities that are usually listed under your job description. An achievement is typically unique to your experience – and tells an employer that you have a track record of delivering.

Most importantly, it tells the employer that you’re results-driven and possess the capacity to deliver tangible value to an organisation.

Which one sounds more enticing to you?

What Types Of Achievements Should You Include?

First of all, resume achievements should be quantifiable and relevant to the role. They should succinctly and clearly communicate how you’ve had a positive impact on an employer’s business. Remember to include metrics and percentages to quantify your impact.

By the way, if you’d like a professional resume writer to articulate your achievements, you should take a closer look at bios of our resume writers here.

After your resume is written, to ensure that you can explain your achievements in an interview situation, watch this video:

If what you’ve achieved was part of a team, you should still include it – but you should indicate that this was a team effort. For example:

How To Identify Your Best Achievements.

Defining achievements in sales and marketing roles is pretty straightforward – you usually mention the number of leads you’ve brought in or a total amount of revenue you’ve generated.

Other types of roles can be more tricky. I think the best way to show you is through a few real-life examples:

I hope that you’re starting to see the pattern.

Do you find yourself getting stuck? Ask a former colleague or a boss for some examples of your achievements. Often, we’re quite bad at recognising our own accomplishments, so an outside perspective can ensure that you don’t neglect to showcase your true value.

Alright, so we’ve covered what constitutes as an achievement that is worthy of inclusion on your resume. Before we wrap up, let’s quickly discuss some things don’t qualify as achievements.

Knowing this will help ensure that you don’t waste any precious real estate on your resume on things that are of no significance to potential employers.

First of all, remember that you must tailor your resume to each type of role that you’re applying for. Because of this, you’ll need to omit certain achievements each time you create a different version of your resume.

I suggest that you create a “Master Achievement Document” which contains a comprehensive list of all your achievements. Use this list to cherry-pick the most relevant accomplishments for each job application. Don’t be afraid to omit those that are not relevant.

While that is certainly beneficial to the business, it’s unlikely to be part of a Marketing Manager’s core mandate and will therefore not help you get a job.

When writing about your achievements on your resume, remember that it’s your opportunity to brag. This is not a time for false humility. Own your successes and let your wins shine through in a way that demonstrates a strong track record of success and a commitment to results.

A failure to clearly and boldly define your achievements will result in a weak, vague, bland resume. And that, in turn, will lead to unimpressed employers.

Steven McConnell is a director of two industry-leading Australian career brands - Exceptional Resume Writers and Arielle Executive. His writing has appeared on Inc.com, Business.com, Lifehack.org and many other top-tier publications.

4 Responses to How To Write Outstanding Resume Achievements

Vivian Grey
05:18 25 Jun 20
I contacted ERW after returning to Australia and to have my resume reviewed and updated. I received excellent support from Christine and I continue to till today. They are informative, professional and fast to respond with tips and tricks to assist you in landing that special job or future career. Well done ERW and well done Christine!!! Bravo!

Kent Nicholls
02:06 17 Jun 20
Chris and Steve were excellent. They really helped me solidify and quantify my experience and achievement into a coherent story that makes sense to future employers. Chris was helpful, professional and on-time.

Jasmin
11:00 08 Jun 20
Christine was excellent, and her coaching sessions were of top quality. I have learnt so much from her and picked up many critical tips for job hunting. There was positive energy right from the start, with my resume and cover letter being covered in my initial interview. With Exceptional Resume assistance, I secured my next role almost straight away.

Farzan Ibrahimi
02:00 27 May 20
An exceptional team, they are prompt to individuals’ criteria not only in drafting the Resume but offering interview preparation as well.

Chris Hammond
00:50 21 May 20
Christine is awesome, She is highly professional and really easy to work with. But best of all delivers a high quality service at a reasonable price. I am very happy with ERW and wouldn't hesitate to recommend their services.

Alexander Dawson
22:25 20 May 20
Chris was deeply engaged and enthusiastic about helping me secure the right next opportunity, with a high quality CV, cover letter and LinkedIn profile. The process was smooth and effective, with great collaboration to deliver a quality result.

Akshay Shekar
08:49 13 May 20
Fantastic service! The process was seamless. Thanks very much Christine, you set very high standards!!

Zach McAfee
01:24 11 May 20
Exceptional service, high quality product and most importantly......great value. I will certainly return as a customer as well as highly recommend to others. Thanks!

Joshua Swift
06:28 04 Apr 20
Chris was an absolute blessing, and helped to transform both my resume and professional brand. From an academic with a wealth of knowledge but a lack of evidence on their CV of how they have utilised this knowledge to enhance their roles and the companies they worked for, I have been transformed to a high-level candidate with an extensive academic and professional skills and clear, concise and poigniant examples of my key achievements in each of my roles. I asked her to make me the David Gonski of potential job candidates, and I have very much been Gonski-fied. I would whole-heartedly recommend Chris and Exceptional Resume Writers.

Nazib Shahrier
06:54 27 Mar 20
I needed my resume to be updated and refurbished to include relevant experiences I've gathered over the years but never had the time write it down properly.The experience with Christine was brilliant. She was timely, accurate and made the whole experience very collaborative. She would ask the right questions to get the appropriate answers out from me to put down in the resume. She also used her extensive experience with the recruitment processes to guide/tailor the documents.

Chris Diprose
02:42 20 Mar 20
Christine was excellent. She walked me through the process, asked open questions, and got as much information from me as possible and then wrote a great resume. I can now tailor to suit jobs, hitting the key points from job adverts. On top of this the coaching she gave by asking the questions has prepared me for job interviews and the kinds of questions I am likely to face.

Sam Stewart
02:28 03 Mar 20
Took the plunge with Exceptional Resume Writers. Got Tom Hannemann. Top notch guy, I hadn't written a resume in over 10 years so wasn't sure where to start. After several back and forth discussions, the guy gave me something that was pure gold. I landed a job at a salary level that I never expected, and the cost was paid back by literally more than ten-fold. I also recommend the interview coaching. I thought that it would all be about practicing answers, but Tom actually really provided a value add, taught me about getting into the right psychological space etc. Real value for money. I thought about cheaper options, but I'm glad I didn't. You get what you pay for, and ERM is worth every cent.

arun rajanna
09:36 19 Feb 20
I am an IT professional keenly targeting senior positions; Christine clearly understood my requirement after initial call and in short duration prepared fantastic resume which I liked very much. Christine is extremely professional, and she provided me lot of feedback which will help me a lot. I recommend resume service from Christine to everyone. Thanks, Christine, for your help.Thanks-Arun

Tony Hoang
23:27 15 Feb 20
Coming out from a long period of working for the same employer I was forced to completely rewrite my resume. This proved to be a difficult task purely because I was targeting a very senior level and I had been out of touch with what the market expects in terms of resumes and cover letters. Christine was fantastic to work with and in a very short time was able to provide a very impressive resume framework and provided key pointers when applying for roles. In a short amount of time I was able to land a role that I had my eye on and I'm sure it's thanks to the resume Christine provided!

Lauren Leong
02:39 05 Feb 20
My writer is so slow in replying. She started OK, and sropped the ball. Left me hanging for 3 weeks after she came back from Christmas holiday, didnt returned my call, email her many times anr no response. I had to email and called to ask if she is still with the company. I gave her my draft, she preety much just copied and paste, didnt really changed it. It is definitely do not worth the price. Save your $700!

Umit Gencturk
05:43 03 Dec 19
My initial expectation was that I would simply pay and have a resume written but they really make you think about your career to put together focused and targeted document. The process does take some time but the end result is worth it.

Bruce
02:00 05 Nov 19
I recently used Tom's serivces to update my resume for a position I was interested in applying for. Tom listended to what I had to say about my career and the position I was applying for and the final product was a very impressive resume that stood out from the crowd. I have no hesitation recommending Tom and I would certainly use his services again should the need arise. Thanks Tom.

Nigel & Michelle Shaw
05:00 22 Oct 19
I would recommend Exceptional resumes writers to anyone who needs help with their resume, covering letters and advice. I received an excellent service.

Aleksandra Subotic
01:21 10 Sep 19
After an extended period of employment, Tom was highly competent in helping me highlight all of my key achievements and strengths in my performance both in my CV and in helping me prepare for the interview process. I found his advice extremely relevant and simple to apply. Within 24hrs after my interview, I was offered the role. I highly recommend this as a career investment for anybody wanting to take articulating their credentials to the next level.

Andrew Zvirblis
10:48 02 Sep 19
I found Tom to be easy to communicate with and extremely attentive to any requests I had, his work is first-rate.

Samantha Scanu
05:42 29 Aug 19
Tom was easy and professional to work with. The results have been great and I would certainly recommend.

/%postname%/
#
Sort Gallery
on
yes
yes
on
off
on
off